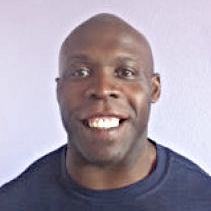 My name is Karl and I’m 40 years old. When I entered Jericho House in November 2010 I left behind a trail of destruction and chaos as a result of my 15 years of drug abuse.

My addiction got worse and worse and as a result my whole life got worse also. I lost all my values and morals, my self respect, my dignity, my pride, my self worth and my integrity. I lost my identity. I became a person I no longer knew or recognised. I became extremely paranoid and withdrawn. My drug use was a million miles from being glamorous. It was dark, depressing and soul destroying. I lost everything I placed value on. My family, my friends, my loved ones, and my colleagues. I felt deserted. I had nothing to live for yet I was terrified of dying. That was the reality of my addiction. Misery, despair, chaos and extreme isolation. Not exactly the fun life I thought it would be when I took my first drug.

I had sought help from various drug services and actually had a short term in another private Rehab. All with no success. I was referred to Jericho House by a drug worker in Nottingham who had been through Jericho House himself as a resident. At first I thought it wouldn’t work for me. Nothing else had. I’m so glad I was totally wrong about that. I was a resident at Jericho House for 1 year, by my own choice, and to date I have remained abstinent from all drugs and alcohol for 15 months thanks to Jericho House.

During my stay I was encouraged and supported to address every aspect of my addiction with the help of the staff team who are themselves recovering addicts. What makes Jericho House unique is that it is a treatment centre run for addicts by addicts. That’s what makes it so special and why they get the fantastic results they do at Jericho.

When you cross the threshold of Jericho you instantly feel safe and at home, and you are welcomed as part of a family. I’ve heard it said before many times that once you’re part of the Jericho Family, you’ll always be part of that family, That certainly is the case for me.

Jericho didn’t just offer me the residential stage of my recovery program, they also deliver an extensive after care program with continued ongoing support which for me is brilliant and extremely beneficial. They also offer a re-settlement package which I accessed as part of my after care program and was given a semi independent supported accommodation which I’m extremely grateful for. Jericho House promised me freedom from active addiction which has been delivered along with many other miracles.

During my time at Jericho House I’ve been camping in Cornwall, I’ve been to the Jericho castle in Scotland twice for a holiday. I’ve taken part in a play, I’ve climbed Mount Snowdon, I’ve been to a few recovery conventions, I’ve gained accredited qualifications through Derby College and I’m currently doing voluntary work with problematic teenagers, plus many more achievements.

Could I have imagined any of this 15 months ago? Or could I have achieved any of this on my own? DEFINITELY NOT. All I am today, all I have done and all I have in my life is down to Jericho House and the help and support they have given me. I will never be able to thank them enough.